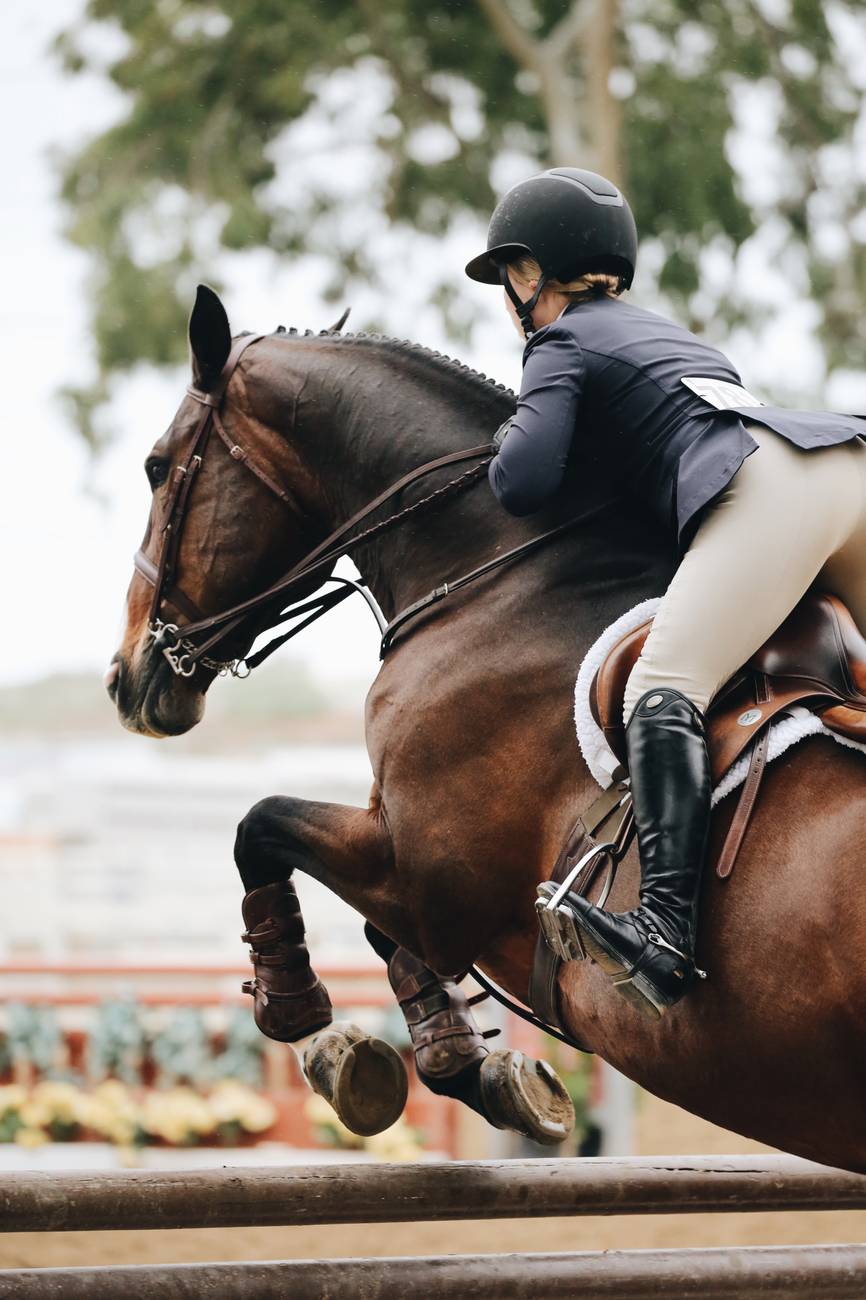 Earlier this week I read a post by a disgruntled parent talking about how the trainer told her daughter who was already riding a nice big Thoroughbred, that if she wanted to suceed in Eventing, she would need to buy a different horse, and that she would never make it in Eventing because they would never give her a chance because of her race.

I have two very important – and potentially brutal – questions –

When I was growing up, most folks didn’t go out and buy a made horse. Most kids got whatever their parents could afford and they had to figure out. Did they get hurt? You bet, but you know what? They learned from it and ultimately became better horsemen because of it.

I wish I had a dollar for every time I heard the phrase, “If you want to win, you have to ride X.” Go look up the champion eventer Elisa Wallace and see what she’s riding. Go look up the history on Scamper that Charmayne James rode at the NFR, or Kristie Peterson and Bozo. Everyone knows the story of Seabiscuit, and the legendary slaughter sale horse Snowman. Those are just a few of the stories in the wonderful world of horses….so why are we telling kids, or adults that matter if they want to succeed they have to have a different horse?

And something else…. what exactly does it mean to succeed with horses? What exactly is winning? Are we riding to win or are we riding for something else? If we focus on what that trainer said, getting upset, and making a big deal of it then we’re focusing on winning. Is that really what we want to be teaching kids, or even adults that are learning about horses?

My thinking is that becoming a better horseman should be the focus and the goal, not the winning. If you become a better horseman, the winning will come as a result of that. When you focus on riding better and improving your horse, you automatically perform better under pressure. Titles are great, but they start to mean something when you’ve had to go through a lot of pain to get there.

One thing I love about horses and the horse industry is that horse don’t now how much they cost, and I love how the industry is rich with “rags to riches” tales of horses and people doing things other said they would never be able to do. I hope we pass that on to the next generation of riders.

So what is your focus as a parent or as a rider? What is the goal and what is the purpose and how do you get there? 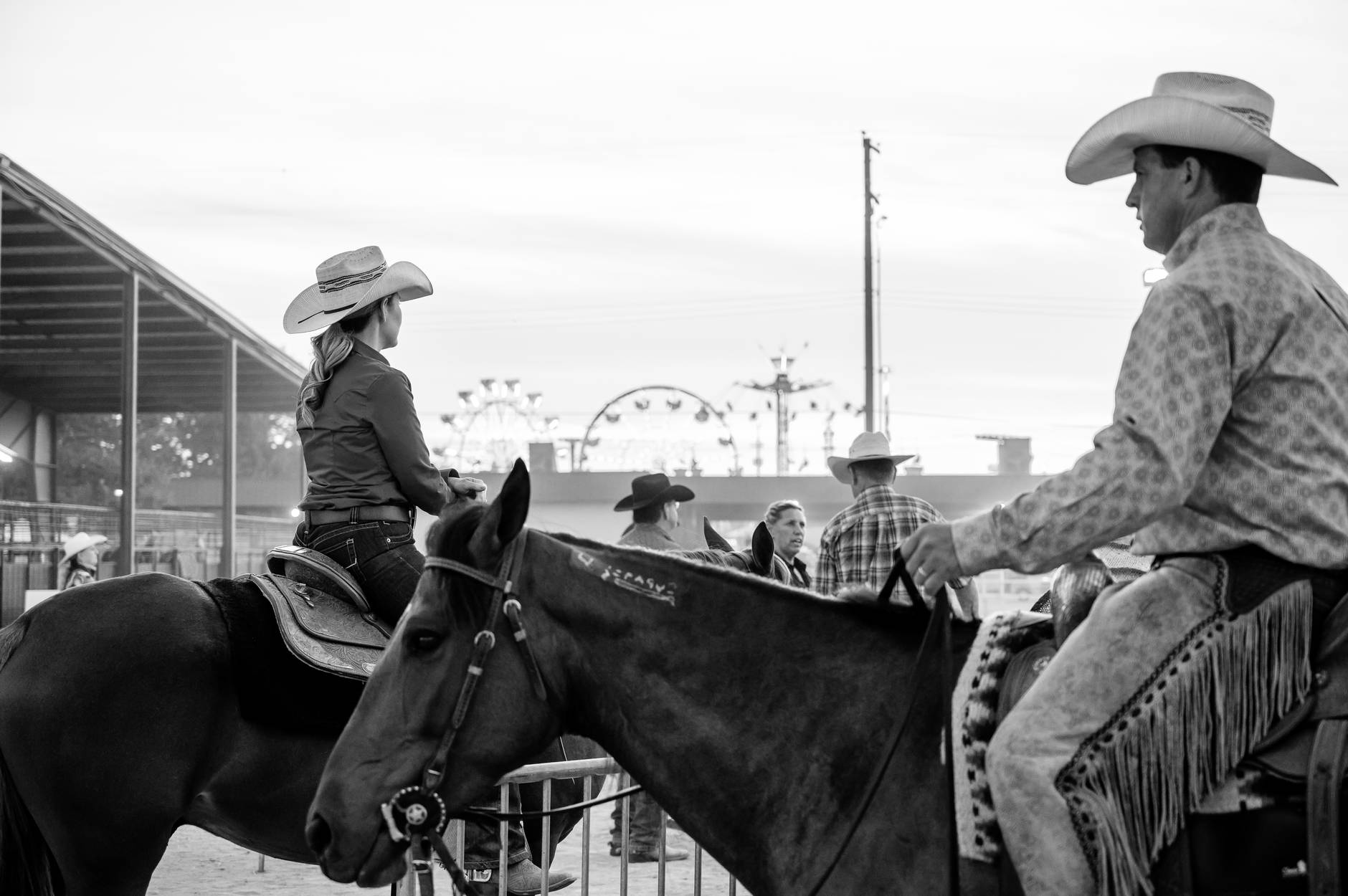 I’m going to start off this post by strongly saying I love animals. Anyone that knows me personally knows for a fact that my animals eat before I do, and I have gone without so that they had what they needed. It’s not just a love of animals, but a sense of responsibility of doing the right thing, a work ethic of sorts, and being a good steward. Being a good steward is also having a sense of reality and the big picture.

Now that I got that out of the way, let me also say that what I have to say is going to be hard to read for many of you, but it needs to be said — on a frequent basis. Some I’m sure will be filled with hate, but taking the emotion out of it, they’ll realize there’s at least some truth to what I’m saying. 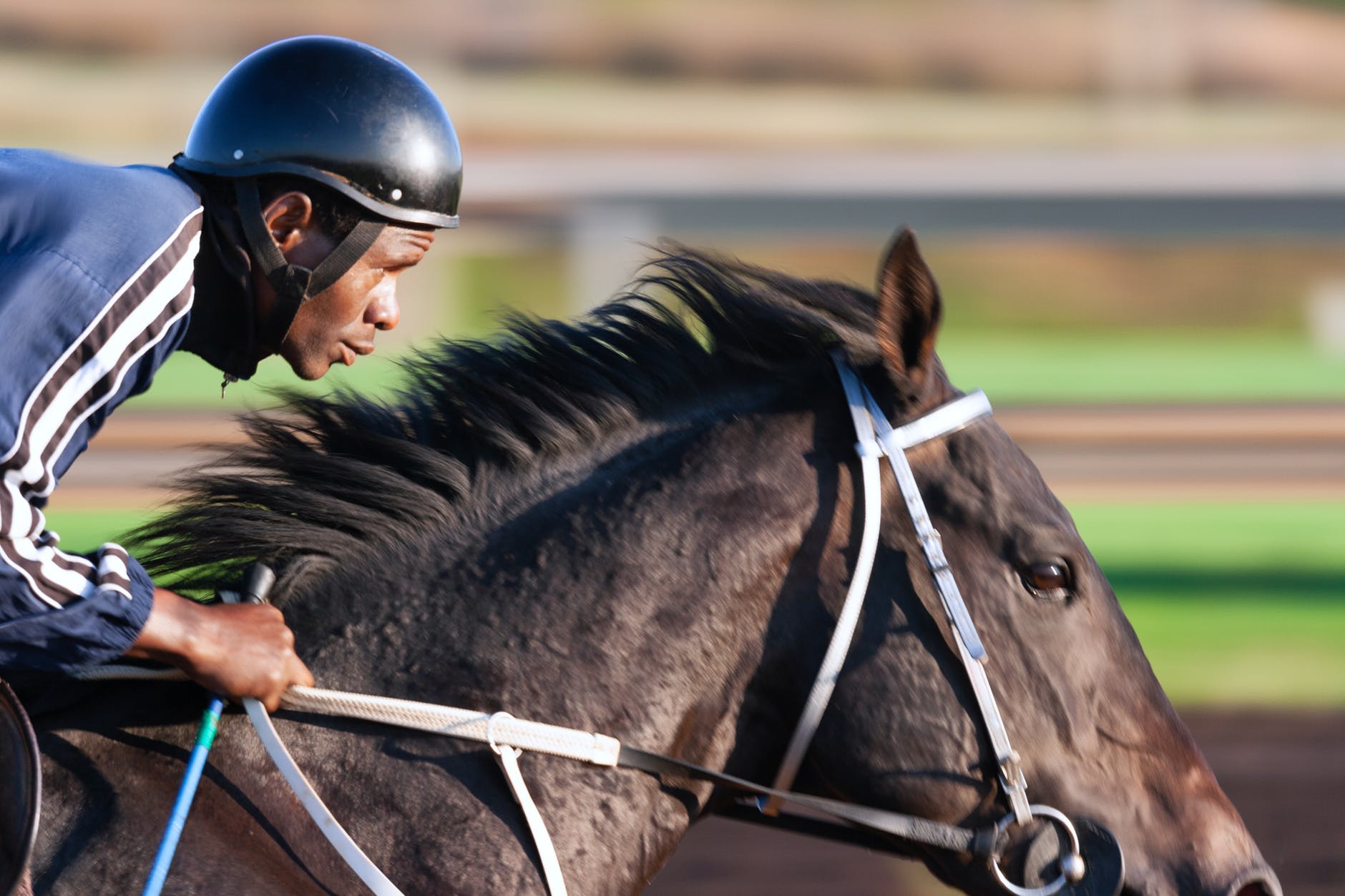 Horse slaughter, horse racing, and BLM Mustang round ups have been the topic of hot – or rather over emotional – talk here lately. I say “Talk” because it’s either bashed or supported but NO ONE on either side is even remotely offering some kind of realistic, workable solution.

The only solution that’s ever mentioned is let them all live. We can’t feed and house the rescues that are out there now without donations from the general public.

A few years back, I wrote two articles on my old blog, Musings From The Leadrope, that offered at least a potential partial solution to the horse slaughter issue. One point was for the Horse Rescues to start a registry so that a market for rescued horses could be broadened a bit. The reality is in order for a horse to be marketable and have a chance, they need to be usable for more than just a trail horse.

The other post caused quite a stir as it suggested that maybe the Horse Rescues could run the slaughter process and profit from the sale of hoofs and hides from those horses that did indeed need to be humanely euthanized. Go actually read the post before you judge!

Before you jump on that band wagon, keep in mind that there’s a whole other world out there that thinks what YOU do is cruel and should be outlawed if you –

Like I said in my post on why I Support Rodeo, there’s examples of (truly) poor horsemanship in every aspect of the horse world. By the way, the examples listed above are not abuse. The problem is that the people that are hollering the loudest don’t have a sound argument at all — only emotion and drama. If they keep hogging the platform, they will get their way and we won’t have a horse industry left, and you won’t be able to put your horse in a stall or clip his whiskers. On a side note, I do believe they have made attempts to ban clipping whiskers in some countries in Europe.

These over dramatic, emotional people that have the ear of the general public that generally don’t know any better, go around loudly bashing horse slaughter, BLM Round ups, Rodeo, and Horse Racing.

Not that being a back yard horse owner is a problem, but for the majority of these passionate loud people the back yard is really the end of their experience. Their view is limited and they don’t even know it and they’re the voice that’s making the loudest noise. The voice of more experience is busy wading in mud feeding horses or cattle, or cleaning 50 stalls at a time.

Photo by Chanita Sykes on Pexels.com

The other problem is that these loud passionate folks NEVER offer realistic workable solutions. Take the recent case of dog racing. These emotional people got dog racing banned but they were never responsible enough to also take care of where these thousands of dogs would go, or find jobs for the families displaced because of the ban. If they really loved dogs and were compassionate, they would have taken care of that as well – but they didn’t. Which is why we need more experienced, sensible people voicing their opinion, or this could happen again to the rodeo industry, the race horse industry, the show horse industry, and yes even the trail riding industry.

No matter how much you love horses, you can’t change reality. There is no Hollywood ending where all horses have a home with some little girl in the back yard of their subdivision home. I’ll say it again — we can’t feed the rescues that are out there now that are not earning their keep.

The reality is that it comes down to a choice of the lessors of evils – until someone can offer solutions that change human behavior, the way people train – or rather don’t, and can find a way to house and feed a lot of horses.

Having horses race on the track is better than thousands of horses headed off to a slaughter house in Mexico to be cut up alive which is what would happen if racing were banned.

Having horses rounded up by BLM or stallions gelded is better than them starving to death. By the way, have you ever tried to personally round up 50 head of truly wild horses? It’s not easy to separate out tame ones, let alone a few wild ones.

As I said in the rodeo post, it’s better for a bucking horse to work for 8 seconds and have feed and vet care than to have them all headed for the slaughter pen, which is exactly where they would be headed because nobody needs a bucking horse on the trail.

Remember I said it comes down to the lessor of the two evils? These are the lessor of the evils until someone can offer an optional solution like maybe the rescues being in charge of slaughter and being self supporting through that.

Like it or not, if there is no horse industry, there is no need for horses and no reason to take on such a huge expense, or a way to support such a huge expense – most horses cost at least $100 a month minimum to feed. Multiply that against just the rescue horses out there, let alone all the others. That’s the reality of it.

If any of these hot issues are going to progress and become better, the emotions need to be put aside and realistic solutions be put on the table. Honestly, there needs to be a new rule — don’t complain unless you offer an idea that’s realistic as a solution. As Chris Ledoux said, if you’re complaining without a solution, you’re whining.

We need to hear more of the voice of sensible, experienced people like Bedlam Farm. Horse industry professionals such as trainers, grooms, ranchers, cattlemen all need to weigh in with their experience and common sense that was earned from hard knocks, not just being an arm chair protester. Folks like this are the think tank to get these issues fixed, but they’ve been so beat down and berated by the crazed activist that they’ve walked away from the table.

With as many talented, smart, folks as we have in the industry, surely solutions could be found or at least improvements made if we all brainstormed.